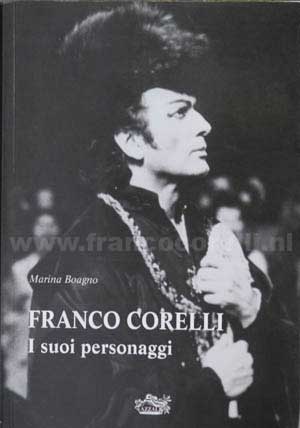 This rare second Italian language book by Marina Boagno on Franco Corelli deals with his portrayal of selected roles. Boagno has chosen to focus on the well established roles, leaving out the less frequent or unusual ones that he also sang during both his early and later career. Through no fault of her own, the photo section suffers from the very poor quality of the printing. However, as there are a number of photos that appear only in this book, it is something of a collector's item.